In the following of my pedagogical articles on MMDVM, I offer you this time a tutorial explaining step by step how to add a Nextion (itead) screen on your MMDVM repeater.

Initial programming of the Nextion screen

We need to add the serial module to the python language

Configure the serial port and restart the Raspberry Pi

The screen must now be connected to the serial port (called UART) of the Raspberry Pi, in order to be able to program it in the next step. 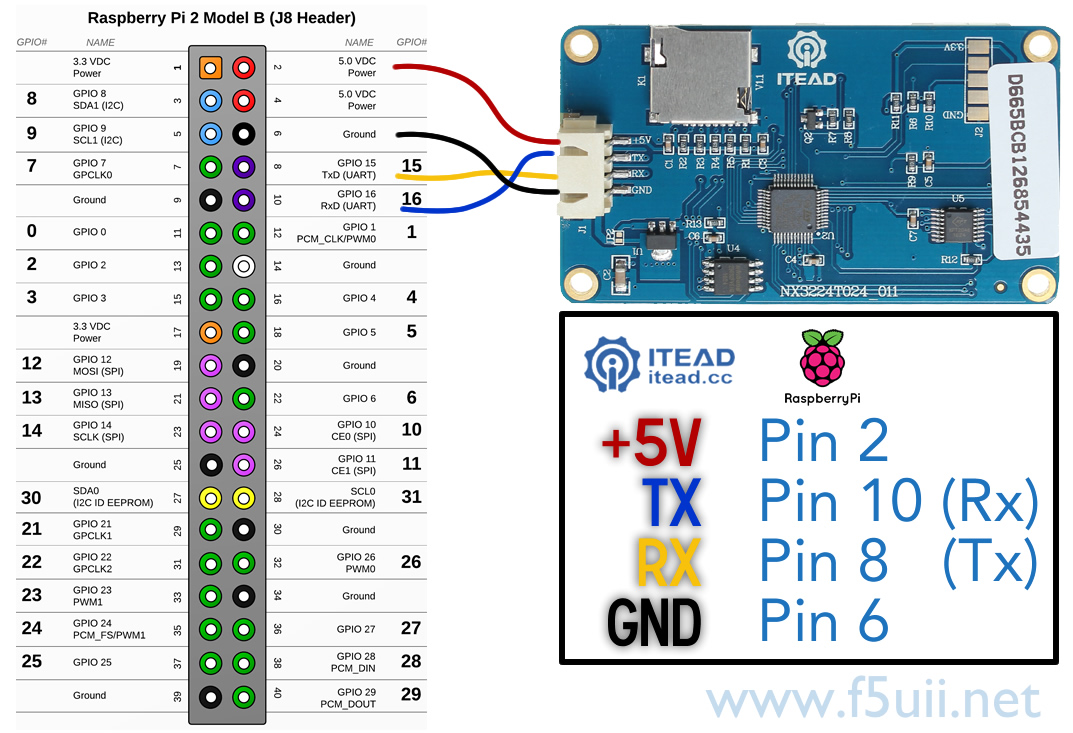 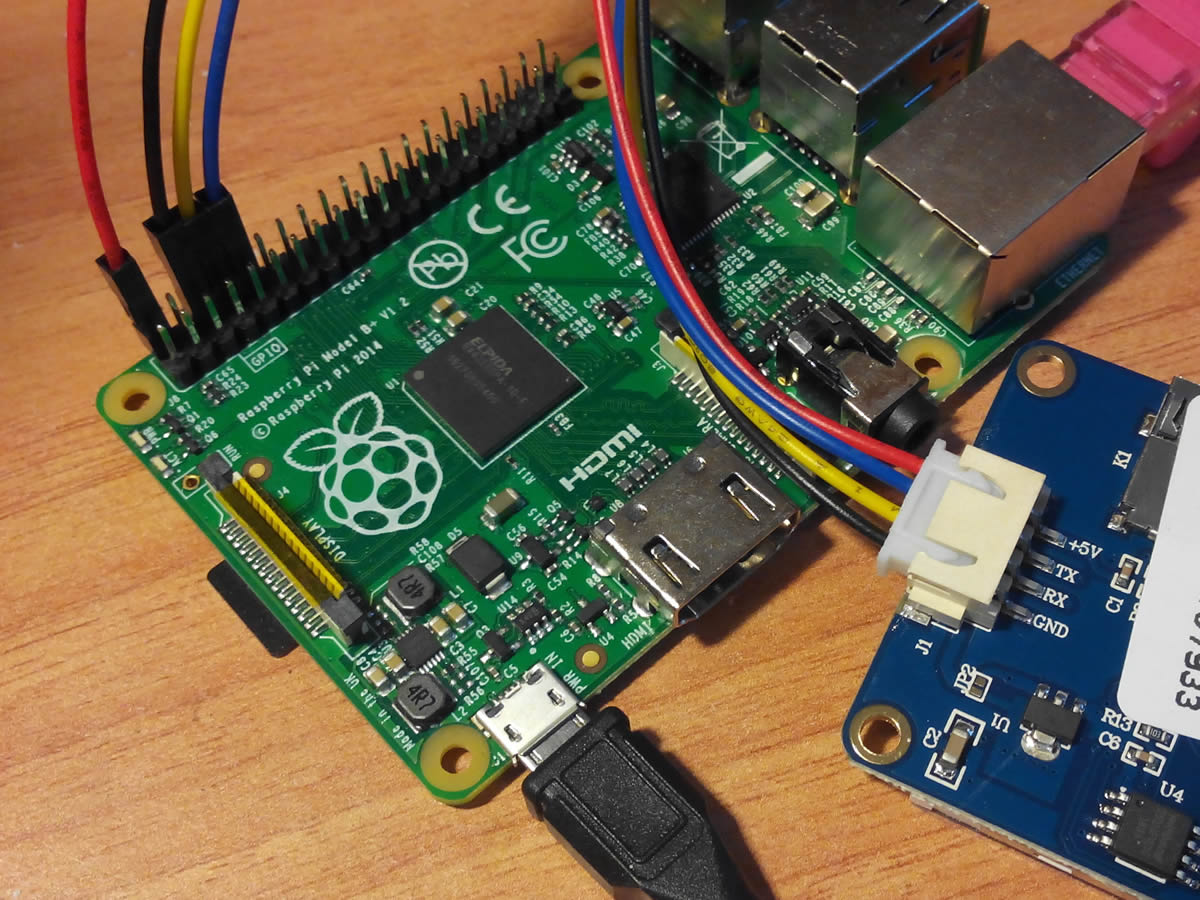 First select the file you will load according to your screen. Consult the reference written on the back of your screen. In the case of our example, the screen is labeled NX3224T024_011. We will identify the file name with the following commands

We find two files corresponding to this screen. The .HMI file is the native format. The .tft file is the compiled binary file that will be loaded on the screen in the next step.

The display lights up. The MMDVM logo appears.

There are two ways to connect your Nextion screen:

We will explain both ways of proceeding. You have to choose the solution you want to implement

The Nextion screen on Raspberry Pi

We must validate the operation of the screen by modifying the configuration file MMDVM.ini

At the beginning of the file, in [General] section we will specify the screen.

We save the modified file (Ctrl-X), and Yes

We restart the Raspberry Pi

The display lights up and indicates that MMDVM is ready (Idle). The repeater callsign and ID are displayed. 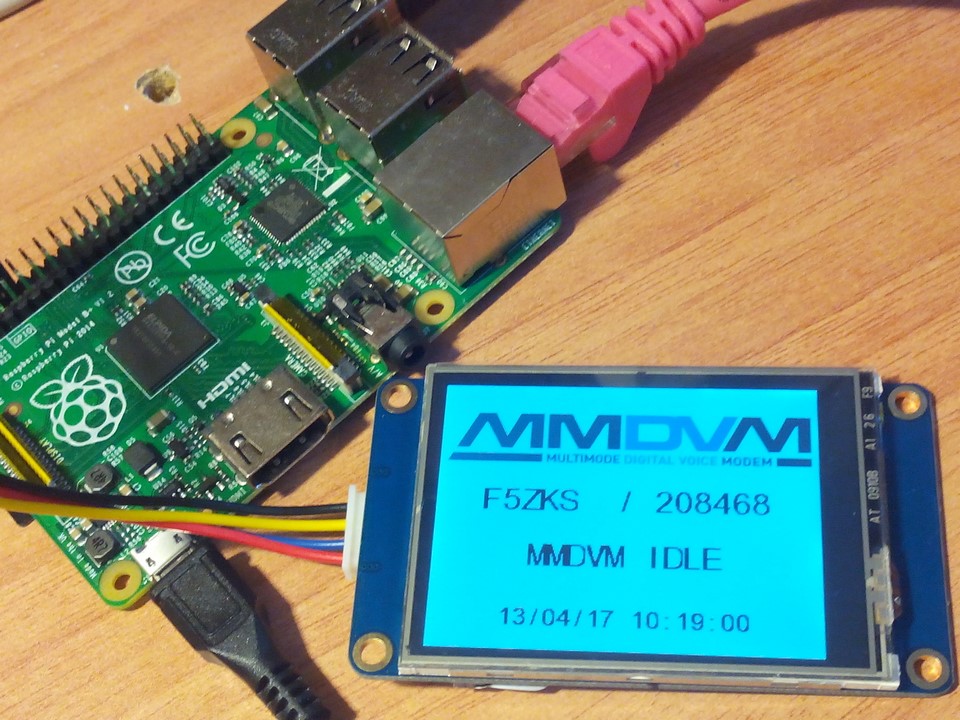 Nextion screen on the MMDVM filtering board

We are now explaining the second way to connect the screen, directly to the MMDVM filtering modem

Note that for details on the firmware upgrade process, please refer to MMDVM installation on a STM32F4xx board .

We modify the config.h firmware configuration file, validating the serial port for the Nextion display (SERIAL_REPEATER), at the end of the file.

Then you recompile MMDVM firmware (see “Start compilation” in MMDVM installation on a STM32F4xx board).

We reload the target (with STM32 utility for Nucleo for example, see MMDVM installation on a STM32F4xx board).

We now specify in MMDVM.ini file so that the Nextion screen is connected to the MMDVM modem.

In the [General] section, the screen is specified as Nextion.

Connecting the display to the MMDVM modem

Plug into the MMDVM Nucleo STM32 shield as shown on the picture below. 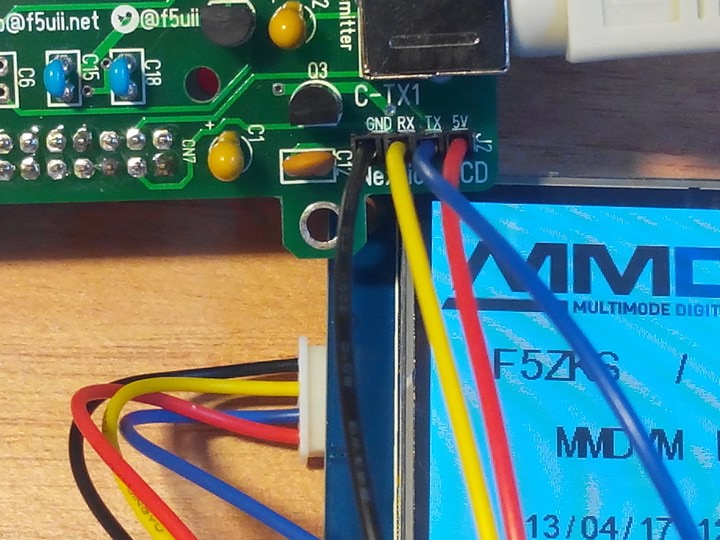 We restart the Raspberry Pi

Your display is operational. 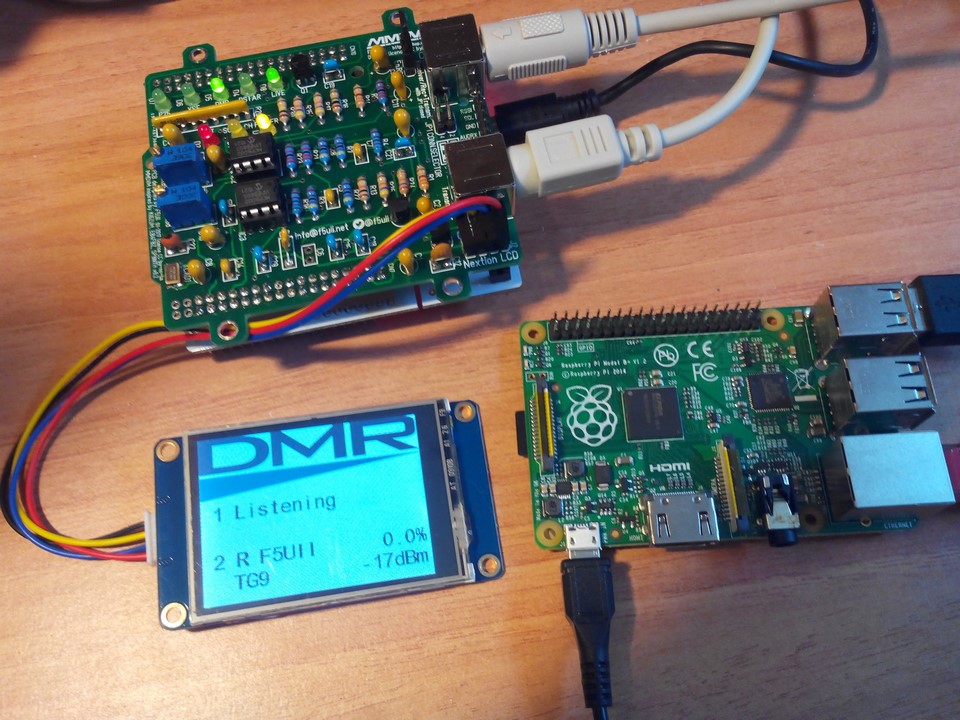 Do not hesitate to use comments to ask some needed help.

14 thoughts on “Installation tutorial for Nextion on MMDVM” 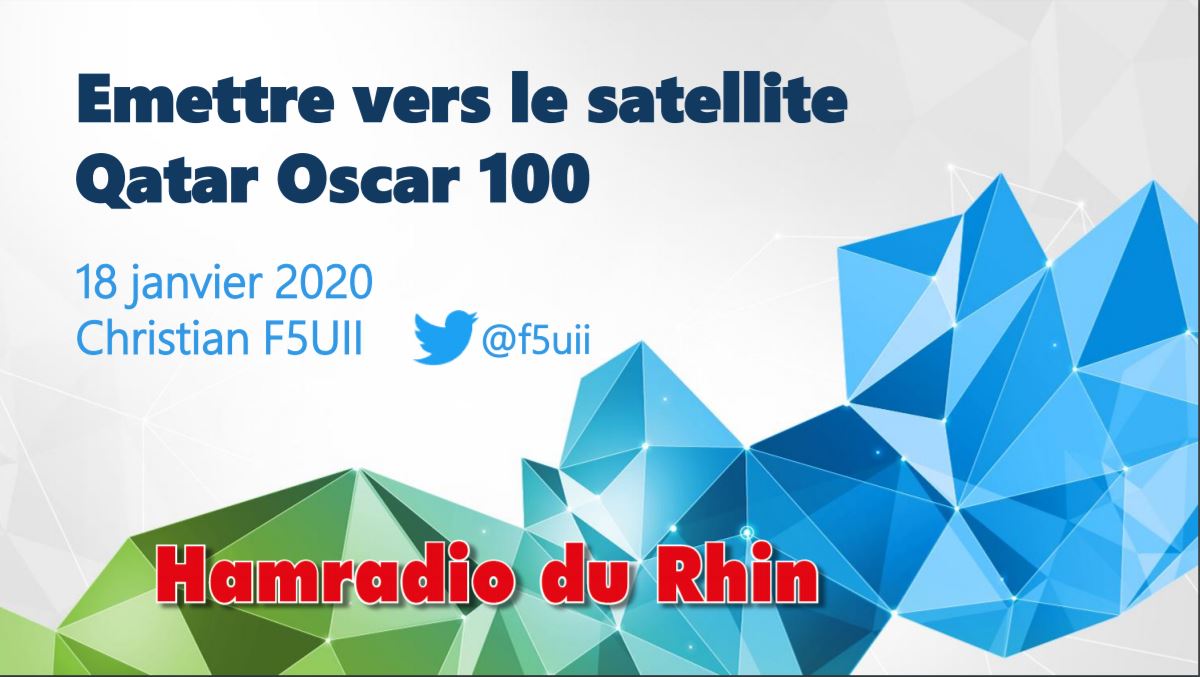